Why Your Talent Is Nowhere Near As Important As Your Character 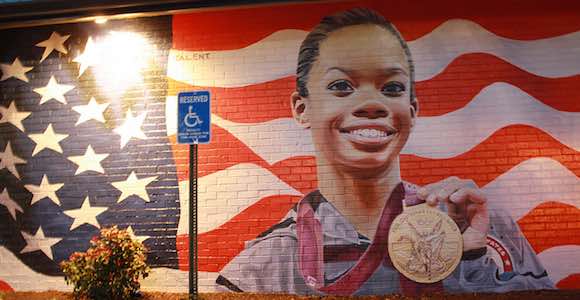 If you watched any of the Rio coverage last night, you saw many close-ups of a tense Simone Biles after she made a mistake on the balance beam.

And the Internet, like TV cameras, is notorious for singling someone out and picking apart their every move, as was made obvious by the recent Twitter harassment of Gabby Douglas, who had once been America’s darling in London, in 2012.

What character should athletes show?

Although some critiques began in 2012, only since Rio has Gabby started facing an onslaught of bullying.

Comments about her hair, her stance during the National Anthem, or for not looking enthusiastic enough for her teammates Aly Raisman and Simone Biles as they won the silver and gold for all-around have all gone Gabby’s way.

“When they talk about my hair or not putting my hand over my heart or being very salty in the stands, really criticizing me … for me it was really hurtful,” Gabby told the Tribune.

“I was supporting Aly. I will always will support them and respect them. I don’t want anyone to take it as jealous or I wanted attention. Never. I support them and I’m sorry I wasn’t showing it.”

Bullying can happen to anyone.

It happens to non-athletes, student-athletes and professional athletes alike. The hardest stance to take is the one that Gabby took – staring the bullies in the face and dismissing them with grace and strength of character.

Read more about the best ways student-athletes can stand up to bullying on social media.

Does your athletic character impact your recruiting?

Some college-bound student-athletes might think their extreme talent — or the potential they believe they’ll have to contribute to a college team — will catch coaches’ attention and help them secure a college commitment.

But it’s not only talent.

Recruiters will actually balk, even in the face of tremendous talent, if a recruit’s athletic character isn’t up to par, as Jame Leath, the head of leadership at IMG Academy, recently wrote.

In cases like these it’s not the most talented athlete, but the athlete with the strongest character, who triumphs.

“When you go through a lot and you have so many difficulties and people against you sometimes, it kind of just determines your character,” Gabby told NBC.

Georgia Go Getters will focus on developing student athletes. Our basketball program will encourage leadership, hard work, and sportsmanship all while teaching the fundamentals of basketball. Georgia Go Getters (G3 Elite) formerly known as ATL Assault is a basketball organization that was birthed by three individuals who were looking to fill a void they felt was missing in many AAU organizations and that is, great organizational leadership and fundamental development of each individual athlete. We believe that if the leadership is chaotic then everything else will be chaotic too, so our focus is to ensure that we run a flagship organization so that the coaches, athletes, and each family enjoy their experience. more
Copyright (c) 2019 G3 Elite.
Follow Us: